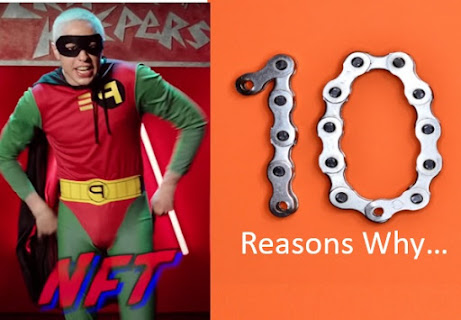 It's less "What is Blockchain?"
It's more "What can you do with it?"
Tech definitions get complicated very quickly, no matter what your computer science level. Deep thinking can get in the way of discovering applications that can save you and your business time and money.
Below is a ridiculous (yet accurate) SNL video and lyrics... then a slide deck that attempts to provide The 10 Reasons Why Distributed Ledger Technologies.
THE WORDS... NERDS!
[Verse 1: Pete Davidson]Now, what the hell's an NFT?Apparently, cryptocurrencyEveryone's makin' so much moneyCan you please explain what's an NFT?I said, what the hell's an NFT?It's like real-life MonopolyEveryone's doin' it like GronkowskiCan you please help me make an NFT?
[Verse 2: Chris Redd & Pete Davidson]Non-fungiblesGIFs of Ron Funches eating LunchablesOr pics of Colin Jost's face, very punchableDigital images of Digimon doin' scrimmagesOr a pic of a nun with a Nintendo Switch!Dictionary, with a pic of Fat JerryI made it last night and now I got three thousand dollarsAnd now I can buy me a GIF of Peter Griffin crossin' up all-star ballers who are tallerLook at these if you pleaseSupreme Court Justice Chuck E. CheeseBam Margera in a Mini Coop with Master SplinterAmy Klobuchar and Adam Driver having dinnerHey! Here's a Thanos that twerksFor 24 million, it could be yoursAnd the prices go up and down, you seeSo that explains an NFTNa na na na—
[Verse 3: Jack Harlow]Hey, here's the thing about NFTsIt's a non-fungible token, you see"Non-fungible" means that it's uniqueThere can only be one, like you and meNFTs are insane (Insane)Built on a blockchain (That's right)A digital ledger of transactionsIt records information on what's happenin'When it's minted, you can sell it as artAnd this concludes my rappin' part, motherf—
[Outro: Pete Davidson]Na na na na naNa na na na na, na na na naNa na na na naNa na na na na, na na na naNerds!
Now the slightly less funny explanation:
More?
There's always more...
David
www.DavidCutler.net
617-331-7852
david@davidcutler.net
Share This:
http://bit.ly/WTF_Is_NFT
...
Back to TruthRefinery.com Home Page 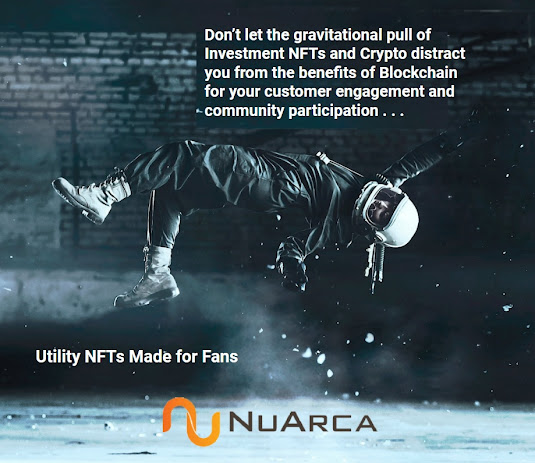 (1) NFTs are for Your Customers - Not Investors

Don’t let the gravitational pull of  conversations around  Investment NFTs and Crypto distract  you from the benefits of Blockchain  for your customer engagement and  community participation . . . 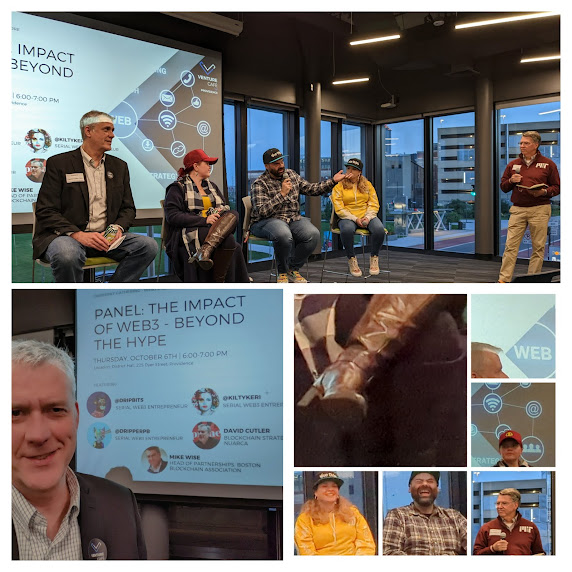 I hope you are interested in discussing your new business opportunities around Co-Ownership Economies and Performance Partnerships. We can start with existing "cooperative programs" aligned with yours...  like loyalty, membership, affiliate, referrals, royalties, rewards, etc. The plan is to better manage and automate marketing data for more accurate, fun, and functional customer journey re-engagements with inspiring incentives of access and revenue sharing. Below is a post to inspire ideas for our next conversation... Share this using: https://bit.ly/Secret2Web3 At the Web3 session  d uring  Rhode Island Startup Week .. We had the right people in the room to reset the Web3 hype. The panel had these secret ingredients: Diversity of thought and experiences WITH a common intent to discover mutual value - - Care and Share. These also happen to be the 2nd secret to Web3. The 1st secret? It's not here yet. Summary of our session We are all JUST STARTING to understand the  func 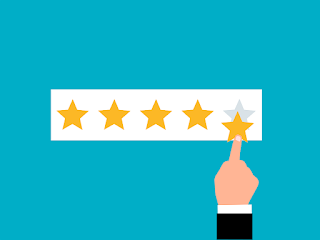 Do you want a new, easy way to give customers the experiences they want while increasing engagement and revenue?